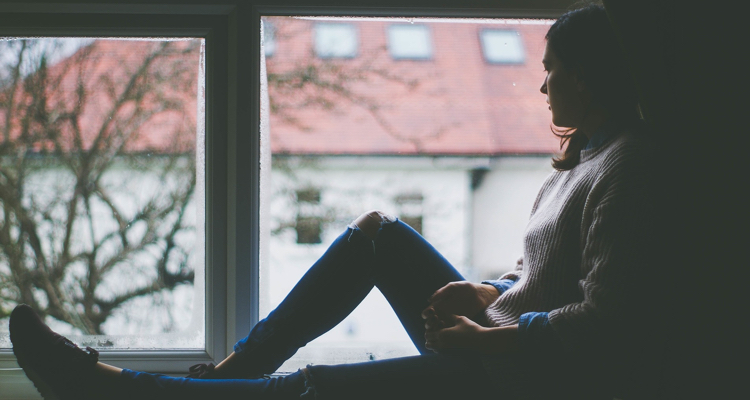 A year ago, instead of tossing candy into pillowcases, I was sitting in a church service no one wanted to have. It was the funeral for my cousin whose life was stolen from her, from all of us. A Requiem.

I stand, my left hand grasping my right forearm, my thumb moving up and down and up and down. It occurs to me that this motion is a feeble attempt at stopping the flow of tears. As if I subtly move energy to negligible motions such as this, it will deflect it from draining out my eyes. But efforts are futile.

I remember being here, in this church, possibly in this chair, who knows. Eight years ago for the service for her father. My cousin. What a shock that was, as is this one. His was unexpected, horribly timed, and, to us, irrationally unfair. But somehow, today, there was solace in the fact that he did not choose it for himself. That it was God’s timing—as much as we didn’t like it, it was His and not ours.

But this one. This one is different. It was indeed unexpected, horribly timed, and, to us, irrational and unfair. But this time our “Why, God?” has a different impetus. It’s not the same question as it was then. Eight years ago we asked why, why him, and why now. We knew we wouldn’t get an answer, but we didn’t blame anybody but God. It was easy to be angry with God.

I’m angry at our broken world. I’m angry at sin. I’m angry that I. Didn’t. Reach. Out. I blame no one. I don’t even blame her, though sometimes I want to. But it will do no good.

The tears roll now, despite my best attempts at deflecting the inertia away from my eyes.

I weep. Even though I have the certain, expectant hope that I will see her again. I weep.

A year later and it’s not much easier. Though as a somewhat distant relative I’m not in the trenches with daily reminders of her absence, it’s still painful to think about. To see her beauty on Facebook. To read the honest words of her sister. To hear the song written for her. To know it will be a while before we are all united.

We weep for our prolonged existence on this side of Heaven. And we beg, Maranatha. Come, Lord Jesus.

One thought on “When Depression Steals A Life, But Not A Soul—A Requiem”