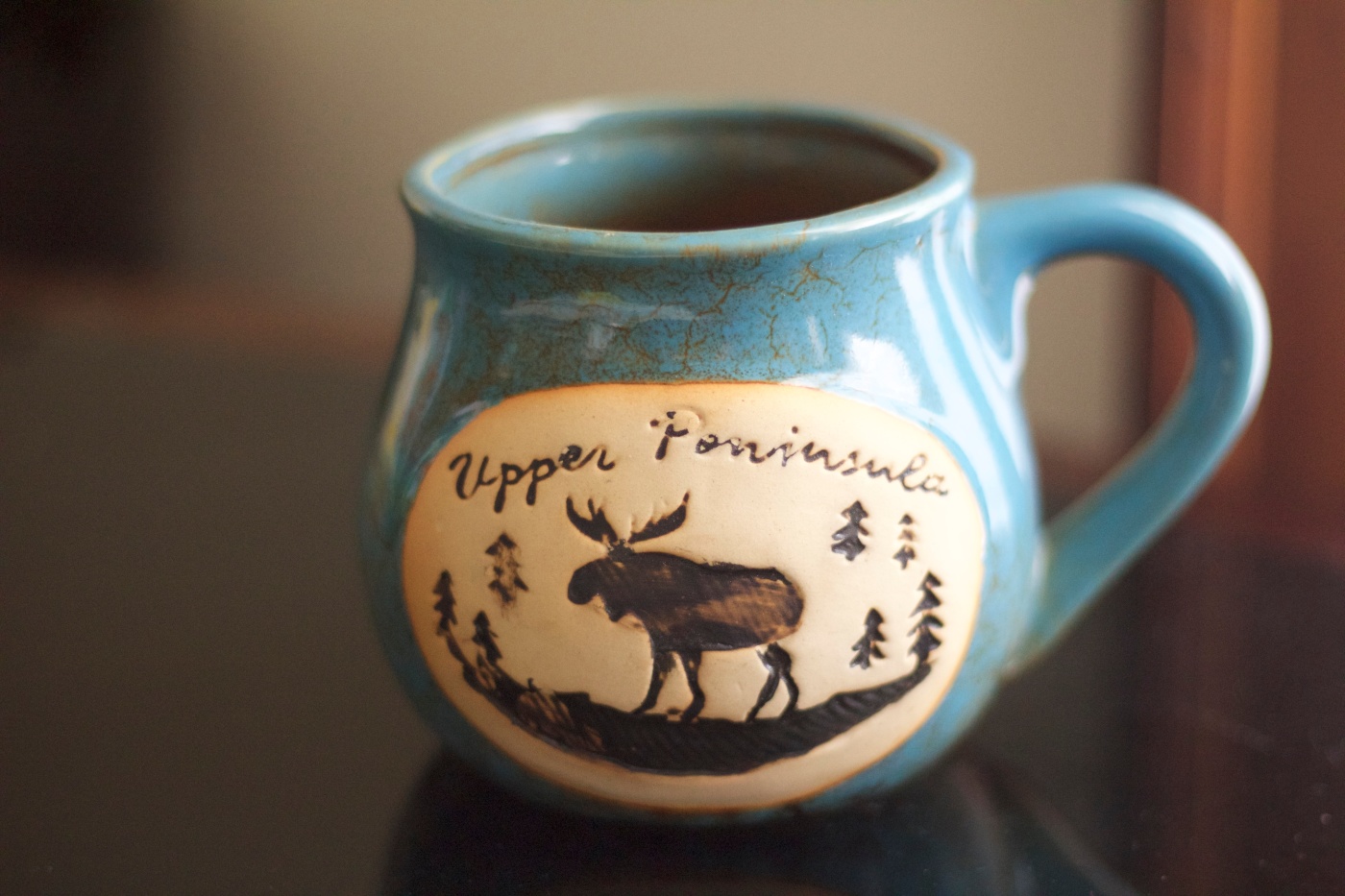 I really do love living in Michigan.

But on days like today—when it’s April and the high is 34 degrees and there are flakes flying outside my window—I have to remind myself that I love living in Michigan. But nobody has never accused spring of arriving early in Michigan.

But this mug reminds me why I love living in Michigan.

When I found this mug, i was standing in a gift shop that overlooked the lower falls at Tahquamenon State Park. It was late May, not long after the winter thaw and the melting snow and runoff water thundered over the rocks and ridges. The sheer amount of water astounded me; the river was not safe to play in, but it sure was beautiful. Not to mention there were blooms and flowers and leaves where snow had blanketed just weeks before.

Later that year, I returned to Tahquamenon Falls with a friend, taking the UP scenery and the Great Lakes grandeur in true road-trip fashion. It was August of a what had been a hot summer, and the river was a completely different one than I had met earlier that year. The summer heat had taken the river from a roaring beast in May and turned it into a steady, easy August stream. The water was moving at a good clip, but this river welcomed waders and called us into the riverbed for a cooling splash.

Heraclitus said, “You cannot step into the same river twice.”

He was right, though his thought begs deeper reflection than a geographical river.

But the Tahquamenon River–and this mug from its shores–reminds me that though the river changes throughout the year, each change brings a new, but different beauty to behold.

And that’s why I love living in Michigan. There’s a beauty in every season, whether it’s a white blanket or white caps.

I suppose the rest of life is like that, too.

Monday Mugs is where I tell the stories behind my coffee mugs. Each one holds a story (and coffee, of course) of somewhere I’ve been or something I’ve seen. Because if even a coffee mug has a story, so do you. The photos are my actual mugs, not lookalikes found online. So grab one of your own mugs (fill it with coffee first) and hear the stories of mine. And don’t forget the cream and sugar.