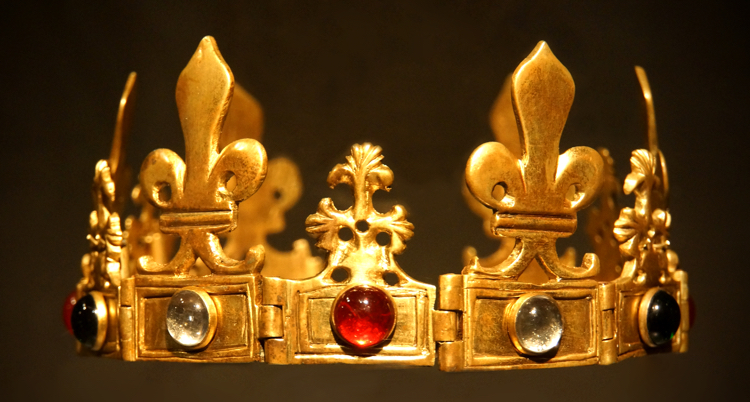 “Who died and made you King?”

I’ve heard that if you’re in any way related to the British Empire, you know exactly how many people have to die before you can be the King. I suppose that would make for interesting family reunions. But I’m not British, so I don’t have to memorize my family tree. In America, pretty much anyone can be president. (And that’s where my discussion of 2016 US politics will stop for this post. Please don’t continue it in the comments…I really like you, and it’s Christmas, so let’s not ruin that.)

I’m thinking about this because my not-so-inner nerd is showing lately…because while everyone is apparently weeping over “This Is Us,” I’m hopelessly hooked on “The Crown.” It’s a Netflix Original series that chronicles the life and reign of Queen Elizabeth. I’m not typically a huge history buff, but for some reason I am a sucker for historical fiction and period pieces. So naturally, I cannot get enough of “The Crown.”

And, as per the traditional stoicism of the British, I’m not sure I would be allowed to cry at “The Crown” even if I wanted to.

But now it’s got me thinking about crowns, and kings, and royalty, and family, and…Jesus. And not just in the traditional Christmasy, Glory to the Newborn King kind of way. (I love it when God brings me a fresh, unexpected way to think about Jesus at Christmastime, sans the warm-fuzzies we’re supposed to get from swaddling clothes and mangers.)

God Save The Queen

I’ve been piecing together the history of the British Royal family ever since I first watched Disney’s Robin Hood and learned about King Richard the Lionhearted (it took me years to realize they made him a lion because of that, don’t judge) and Prince John (the phony king of England). In college I had to memorize Henry the VIII’s wives (Divorced killed, died, divorced, killed, lived…my history prof was the best), finally learned who Mary was and why she was bloody, and eventually moved on to movies like The King’s Speech, The Iron Lady, and, a personal favorite, Downton Abbey. (Oh, and don’t forget a brief fangirl moment in 2011 for the royal wedding.) And I’m learning even more now from The Crown.

(If you’re taking notes on Millennials, notice how early we started learning about history and how.)

It seems I am ever fascinated with the royals. I can’t tell you why, but I am. And the story of Queen Elizabeth is no different.

So, thanks to her uncle’s abdication, young Elizabeth became one heartbeat away from the Crown at just ten years old.

She didn’t take office, of course, until 16 years later, when she was 26 (let’s just think about THAT for a moment). But what I’m most interested in is how her role within her family changed drastically the moment her dad died (prematurely, of cancer).

When Queen Elizabeth inherited the crown, she was given no time to grieve her father’s death or hardly even prepare herself to be a monarch before people began bowing to her. Even her own mother.

When Queen Eliabeth ascended the thone, the familial shift was extreme, serious, and immediate. She was no longer a daughter, a sister, or a wife. She was first and foremost their queen. And don’t forget it.

God Is The King

So what does this have to do with Christmas and Jesus? Well, you could make obvious comparisons, like Jesus being an “unlikely” King as the peasant son of a decidedly un-royal family. But there’s something else that’s even greater, I think. And it has to do with that one simple thing: family.

Queen Elizabeth’s position of power changed her family. Her crown became a dividing barrier between her most loved ones. And there wasn’t much she could do about it.

Yes, the Bible says Jesus’ message will turn brother against brother (Mark 13) and the Gospel will not always be received with togetherness in mind. But in the end, the purpose of the Gospel—that Jesus, the sinless Son of God, loved us so much he died to pay the price for sin, and came back to life, conquering death forever—was to bring us together forever. To be with Him forever. To never be apart from Him ever again. His crown is one of of togetherness.

The Crown of Jesus—and the purpose of the Gospel—is to make people family. God says when someone believes in Jesus as the only way to God, that person becomes a child of God (see John 1:12, Ephesians 1:5, 2:19). It even goes as far to say God makes us family by adopting us through Jesus:

“God decided in advance to adopt us into his own family by bringing us to himself through Jesus Christ. This is what he wanted to do, and it gave him great pleasure.” Ephesians 1:5

And throughout the New Testament, the Church is called the family of God (I Peter 2:17, 5:9; Galatians 6:10). All because of the Gospel. All because of Jesus. He’s the head of this family; He died so we can all be together forever. Because of Jesus, I can be (and am) part of a new, huge, wonderful forever family—where I am loved eternally and will live eternally under THE King, Jesus

So, who died and made me King? Nobody. It’s the opposite, The King, Jesus, died (and still lives today!) so I could become family. So we all could.

That sounds like a pretty good kind of royal to me.

Oh, and long live the King.